"The two best days of your life are the day you were born and the day you find out why."
"How long is it our duty to study Torah?  Until the day of death."  Rambam

Noahide Nations has conducted nearly 3000 live online Torah classes over the past 15 years. Many of these classes are available in audio recordings. Here are just some of these courses.

When God created man on the 6th day He wanted mankind to live in peace and harmony, through His Mercy. He gave Adam 6 instructions in order to live this way. After the flood He gave Noah a 7th. These are the Noahide Commandments.

For Noahides, prayer is considered a mitzvah when performed in response to personal needs or circumstances.

Help for perfecting your relationship with HaShem and yourself.

Listen to the overview from a previous class from the Noahide Torah Study Yeshiva Course.

Torah wisdom should always flow through you. Learn about Hashem and you will learn about yourself!

Ever wonder what happened when Noah and his family exited the Ark after the Flood?

The Science in Torah 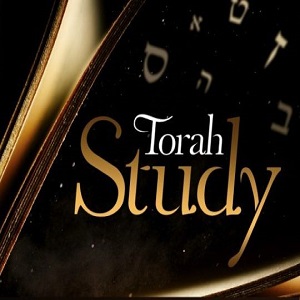 "Tzedaka may not save us, but it makes us worth saving"

Be a Credentialed Noahide Leader

"Your Actions Are What Define You"
"The only thing necessary for evil to exist is for good people to do nothing."

Simon the Just…used to say,
“Upon three things the world stands:
On Torah, on (Divine) Service, and on Deeds of Lovingkindness.”
Pirke Avot 1:2

Ben Zoma said,
“Who is wise? The one who learns from all people…
“Who is mighty?  The one who subdues the evil inclination…
“Who is rich? The one who rejoices in his portion….
“Who is honored? The one who honors other human beings….”
Pirke Avot 4:1

The Most Important Part of Studying Torah

The most important element in validating interpretations of the written and oral Torah is the concept of Mesorah. Mesorah is the greatest proof to the authenticity of any concept, practice, or interpretation.

Although the seven Noahide laws have their origins in Adam and Noah, God chose to transmit and preserve them via Moses and the giving of the Torah at Sinai. This placed the Seven Mitzvos within the structure and system of Torah study and learning. Therefore, the seven Noahide laws must be interpreted and understood within the context of the Torah.

This point cannot be stressed enough: Jewish, and therefore Noahide, study and interpretation of the Torah is unique and unlike the study of any other religious texts.

More on the Mesorah

The Truth About the Ger

Don't ever be afraid of seeking truth or speaking the truth, as it says in

Truthful lips will be established forever, But a lying tongue is only for a moment

Are Noahides Allowed to Pray?

For Noahides, prayer is considered a mitzvah when performed in response to personal needs or circumstances. If one experiences challenges for which he does not pray, his lack of response is tantamount to a denial of God as the sovereign ruler of all things and all events. When one does pray in such circumstances, it demonstrates reliance and belief in the Creator.

When a Noahide prays to give thanks or praise absent a personal need, he still receives reward for such prayer even though it is not of the same nature as prayer prompted by personal needs.

For More on Noahide Prayer

Do you know why more and more Christian & Messianic believers are turning to God?

Ray, I just now opened and listened to the Noahide Nations CD gift given to each of us at the conference.
It is wonderful! I encourage everyone who has not taken time to listen to it, to do so.
Thank you to Sam Glaser and all the other artists who contributed to make this CD a reality.

I would just like to thank all at Noahide Nations for the most pure and wonderful teachings i have ever
had the pleasure of doing. I am working my way through them and felt the need to say a very sincere
and heartfelt thankyou.

My name is David and I live in the UK. I listen to your Noahide Nations show quite regularly and enjoy it a lot.
You are doing a great service, and, believe me, you are making a positive difference in the world.

Israel, is a nation and a people that I greatly admire and feel a very personal and deep bond with, and more
recently Noahide Nations, because I believe there is no more important work to be done right now than what
you are doing. I have learned so much listening to your Noahide Nations radio show.

I've been going to the Academy of Shem a lot now - excellent topics and excellent teachers!  Sue
and I participated in the Saturday AM Noahide Service - thought it was very good.  Is it possible to
obtain a copy of the songs that are used in the service?  I feel confident that I need to be involved
in a group/programs like you have at Noahide Nations.  I want to learn all that's expected by HaShem
of Noahides -- and also what Holidays can we participate in, etc.?

Ray, Hashem works in very mysterious ways, that are open for every observing person to see, such as
having chosen you to so capably and ably lead this wonderful Noahide Nations organization in
these very troubled and difficult apocalyptic times, to follow the righteous path toward Hashem,
His Torah, and His Land.

I see lots of references to “Torah” and “Jews” on your site.  Is Noahide Nations a Jewish outreach organization?
Noahide Nations was founded and is operated by gentiles who believe that the Torah is the Lord’s true, final, and definitive revelation to mankind.  We believe that the Torah reveals God’s will both to the Jewish people and to the Gentile Nations, giving each their own purpose and mission in His world.
Nevertheless, Noahide Nations consults with qualified, mainstream Orthodox Rabbis for information and guidance.  We also employ many Rabbi’s as teachers and writers for our websites and online classrooms.  Rav Lazer Brody, Director of Chut Shel Chessed Institutions in Israel provides regular support, endorsement, and spiritual guidance.  For halachic (Torah law) guidance we defer to HaRav HaGaon Avraham Chaim Bloomenstiel of Yeshivos Pirshei Shoshanim and Keter HaTorah (of which he serves as dayan, judge, and posek, decisor of Torah law).  Rav Bloomenstiel frequently consults with leading sages such as HaRav HaGaon Chaim Kanievsky on complicated questions pertaining to Noahide practice.
Is the Noahide faith a new religion?
No – Noahism is actually the oldest religious faith in history!  Consider this: what was the faith of Adam, the first man? What about Noah and his family?  They were not Jews nor were they idolaters – they were pure monotheists who believed in God and in the expectations that he communicated to man through Adam and Noah.  The Tosefta, Talmud, Midrash, and a number of other ancient writings refer to the Noahide faith and the Seven Noahide Laws.  Despite its ancient heritage, the Noahide faith suffered near extinction over the past 1500 years since the ascendency of Christianity.  In the past 100 years, however, Noahism has experienced a tremendous revival.  For more information on Noahide history and belief, see What Is Noahism? and our Articles page.
Do Noahides believe in Jesus? What about the New Testament and the Gospels?
Noahides believe that the Lord of the Torah (“Old Testament”) is the Creator and One True God.  We also believe that the Torah, Prophets, and Writings of the Hebrew scriptures (the Tanakh) represent God’s revealed will.  Noahides do not believe in Jesus, neither as a divine nor prophetic figure.   We do not accept the New Testament or Gospels as representative of God’s revealed will.
Do Noahides keep Jewish customs and religious practices?
Since Noahides drink from the same spiritual well as Jews, the Holy Torah, it is inevitable that their beliefs will share some common elements and expressions.  However, the Noahide and Jewish faiths are two entirely different paths.  Therefore, these common elements often take on different meanings.  For example, both Jews and Noahides recognize the importance of the Seventh Day.  However, it means different things to Noahides and Jews.  For Jews, it is a day of highly ritualized rest and abstention of certain labors as a sign of the Jewish covenant.  For Noahides, it is day of acknowledgment, recognition, and reconnection with God as the creator of the world.  Another example is the holiday of Sukkot (Feast of Tabernacles).  For Jews, Sukkot celebrates God’s having provided for the Jews during their sojourn in the desert.  For Noahides, Sukkot is a period of atonement.
To learn more about the beliefs and practices of the Noahide laws, visit and register for the Academy of Shem. Also – peruse our online articles and recordings.
Do Noahides believe in the Talmud?
Yes. To describe it simply, the Talmud is the most complete commentary on the relationship between Man, God, and the Torah ever compiled.  In its sixty-three volumes, it explores every possible element of human and divine relationships as well as possible interpretations of the Torah.  It is virtually impossible to come to any practical understanding of the Torah without the detailed discussions of the Talmud.  However, the Talmud is a much maligned, slandered, and misunderstood book.  As an encyclopedia of detailed discussions on the Torah, there is a lot of material therein that can be taken out of context, misquoted, and creatively misrepresented for dishonest motives.
But, doesn’t the Talmud speak disparagingly about gentiles!?!
Yes – but the Talmud is even harsher in its treatment of Jews!  The Talmud discusses the best and worse of all humanity and human potential.  It praises Jews who observe the Torah and lambasts those who sin.  So too, it is harsh on non-Jewish idolaters, yet it greatly praises gentiles who are righteous and devoted to the Lord.
How can I learn more about the Noahide Laws?
You have come to the right place for that!  We offer a number of learning and study programs in our Academy of Shem online classroom.  See also our collection of recordings and online articles.

Would just like to say I received the downloads and appreciate them very much. I have also successfully joined Yahoo Groups and thanks for the invitation. I would like to wish you all well and Shana Tova to all at Noahide Nations and keep up the good work you are doing.  May Hashem awaken many more people to Him and the Seven Laws of Noah. God bless.

Thanks for the extra MP-3 CD by Vendyl Jones, I appreciate it!! And the CD's I have received have been outstanding to say the least, great "stuff". Oh yea the Noahide Nations “For Heavens Sake” Cd is a winner, I like almost all of the songs.

The Noahide Nations World Conference is a real high point to which I look back with continued amazed delight, and I thank you and Mary and all the others involved for your regal hospitality and finesse in organizing such a blessed event.

Ray, I love the Noahide Nations on Radio Shalom. Keep up the good work.

Personally, I wanted to tell you that I cried on your last show, for I heard your tears on air for the special show you dedicated to Vendyl Jones.